After loads of goat babies arrived throughout May and early June, the upper orchard area began to sprout up greens of all kinds all over the swales. Turnips, mustard greens, spinach, kale and many varieties of lettuces. They continued to flourish all through the summer months, and gave way to very large pumpkin patches that began forming all around them in the month of August. We ended up with dozens of pumpkins of various varieties (none of which we planted, so there must have been a patch of some kind there previously).  More pumpkin patches sprung up in the buck's pasture as well! We brought some of these pumpkins back with us to Vermont, and gave others away to neighbors. They were beautiful varieties, and we will be starting a huge patch up on the farm in Vermont in 2023!

In the midst of making some great new permaculture friends, we have LOADS of crazy large turnips growing in our swales, as well as radishes, kale, lettuce, pumpkins, spinach​, red clover and much more growing like CRAZY in our swales!  We must have thousands of wild blackberries lining our newly cut paths between the swales. I also found muscadine, yarrow, box elders, more black walnuts, and more!  I brought in some great organic starter plants and fruit bushes from local nurseries, while also growing a lot from seed as well (see our Nursery page).  We are trying to find some environmental science college students or graduates with a passion for growing food and learning to help out on getting a lot of new zones and work done, so if you are interested, please contact us through our form. 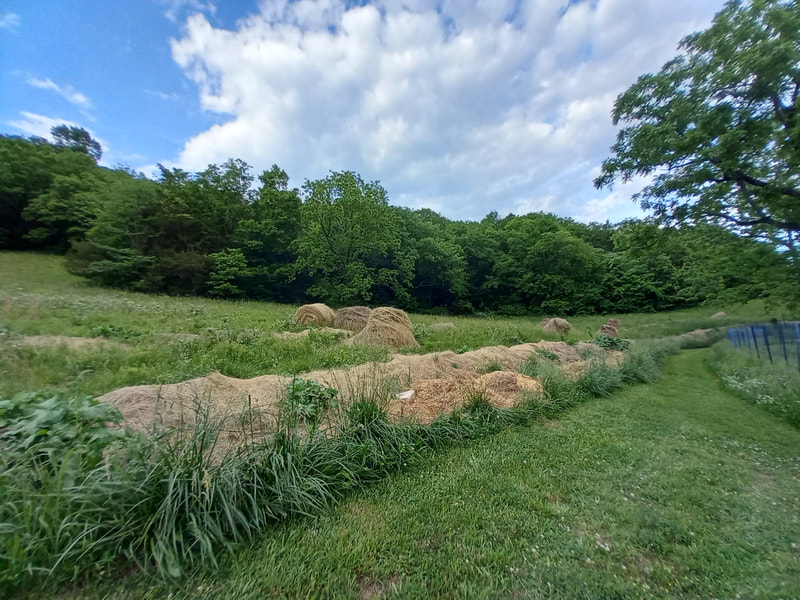 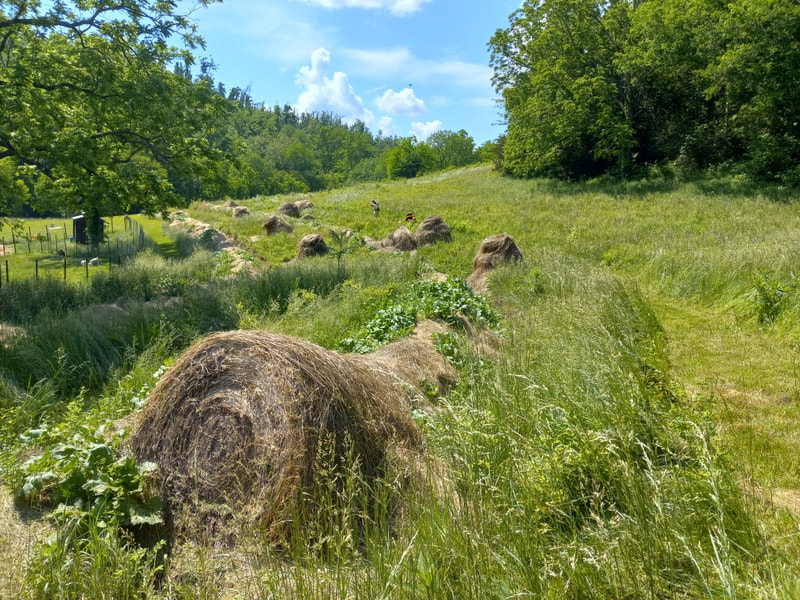 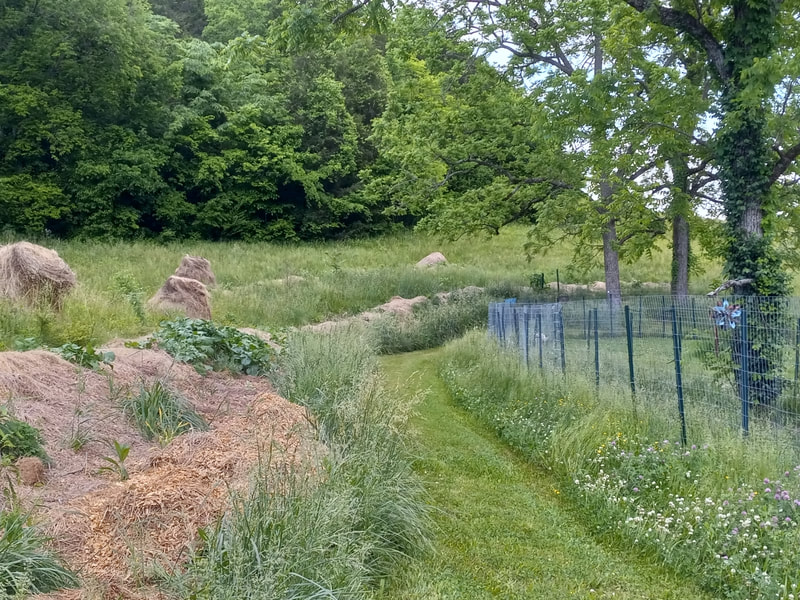 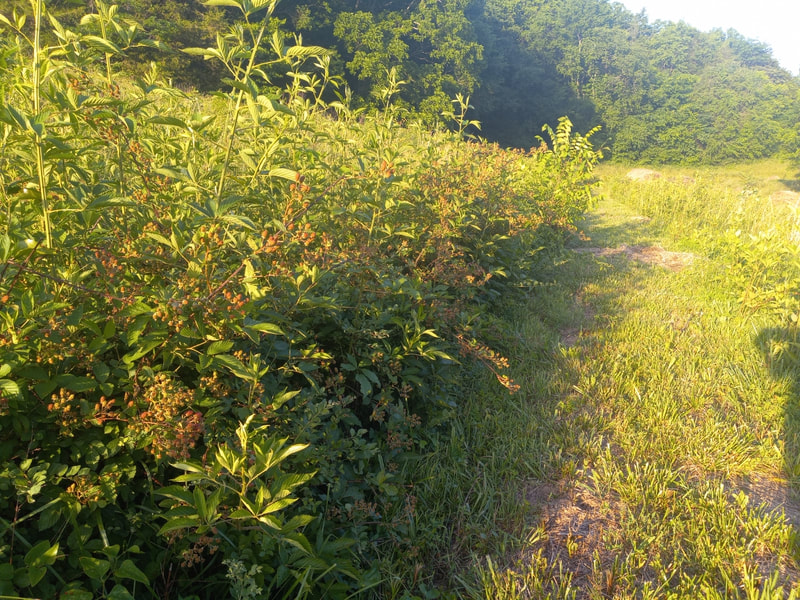 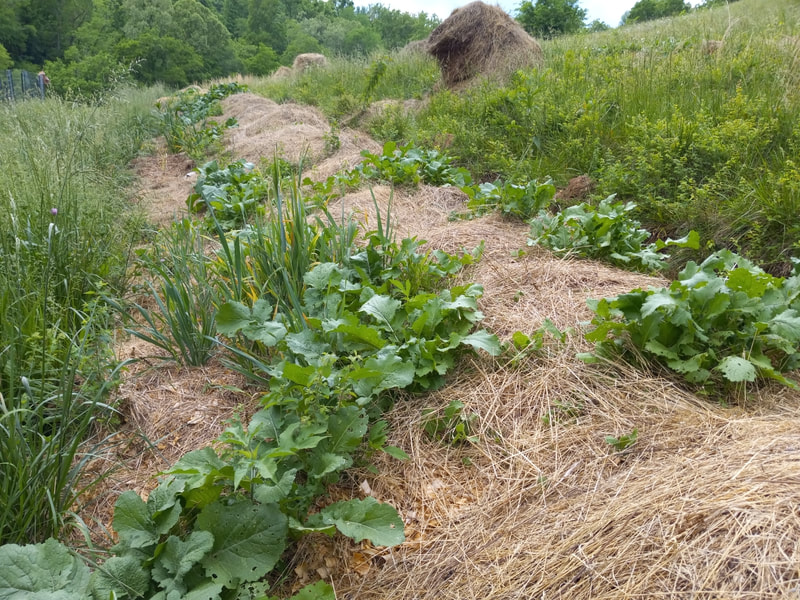 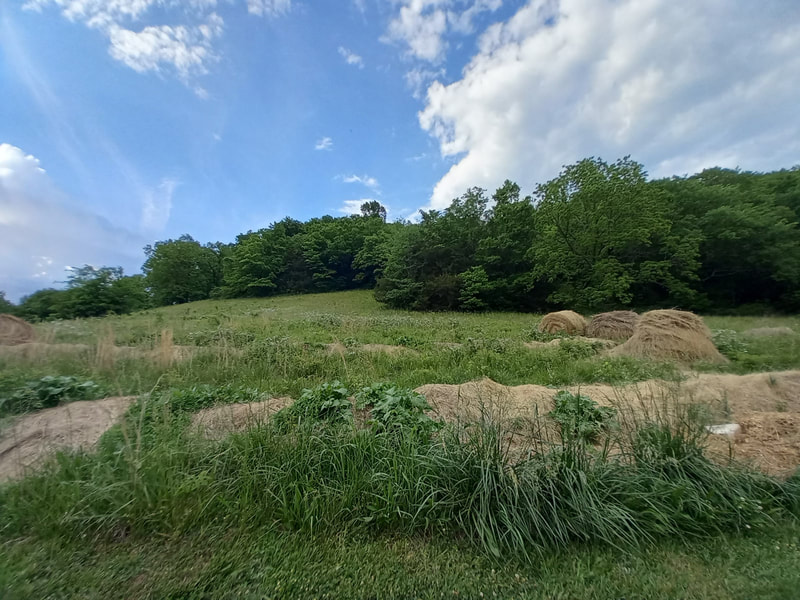 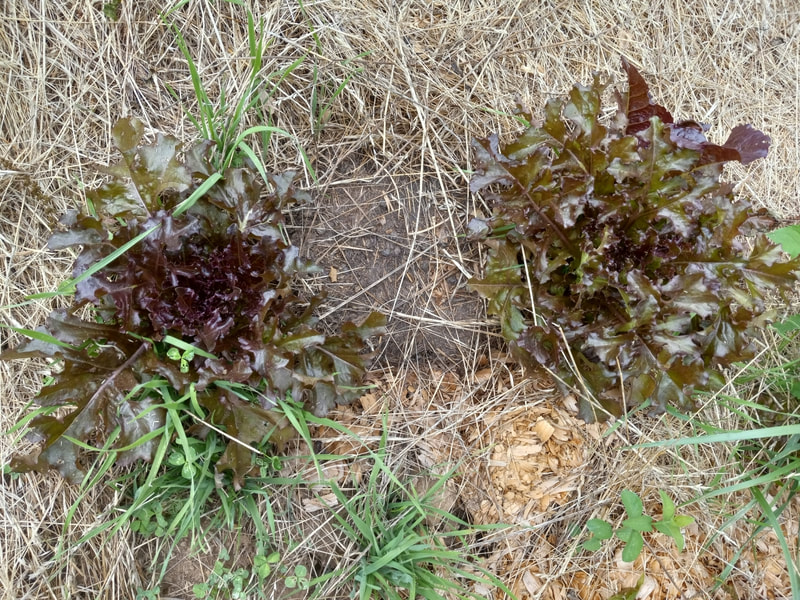 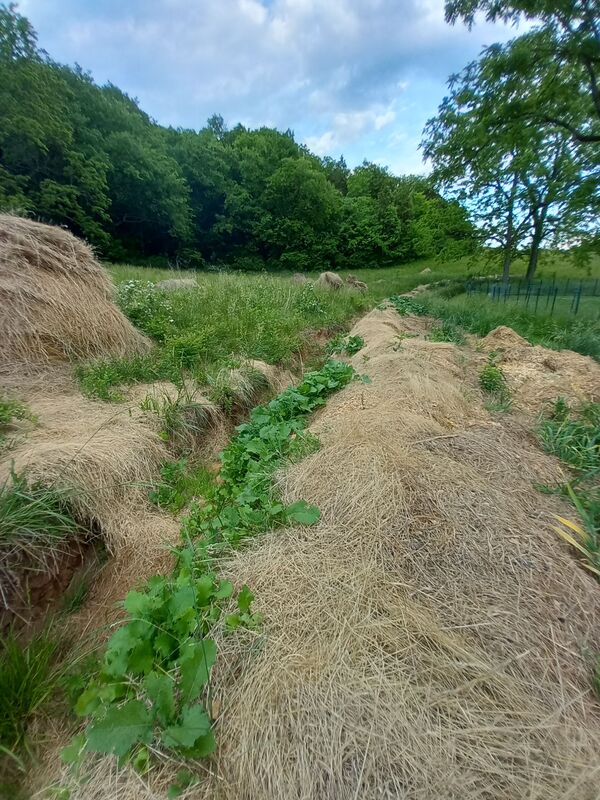 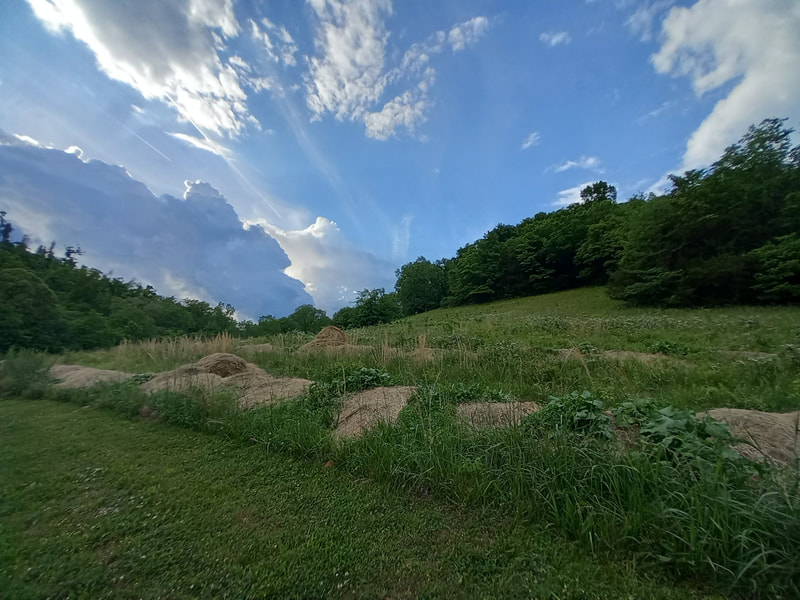 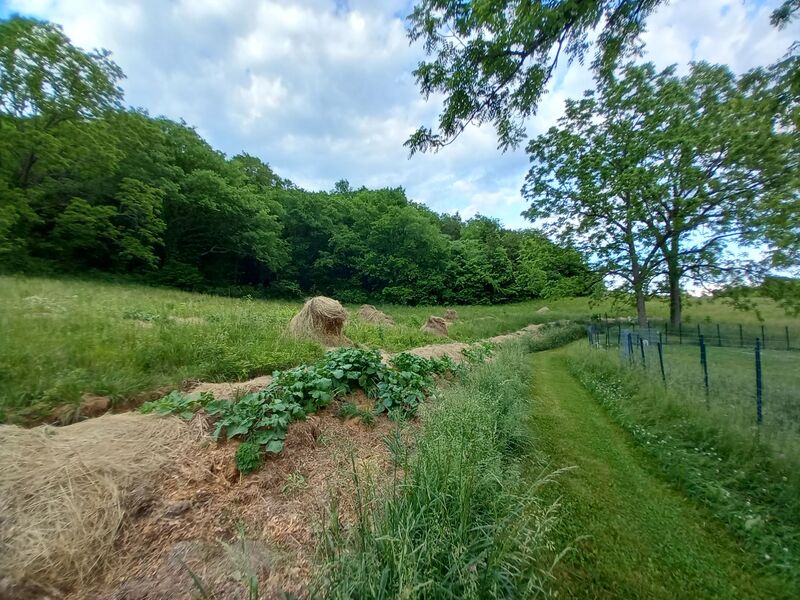 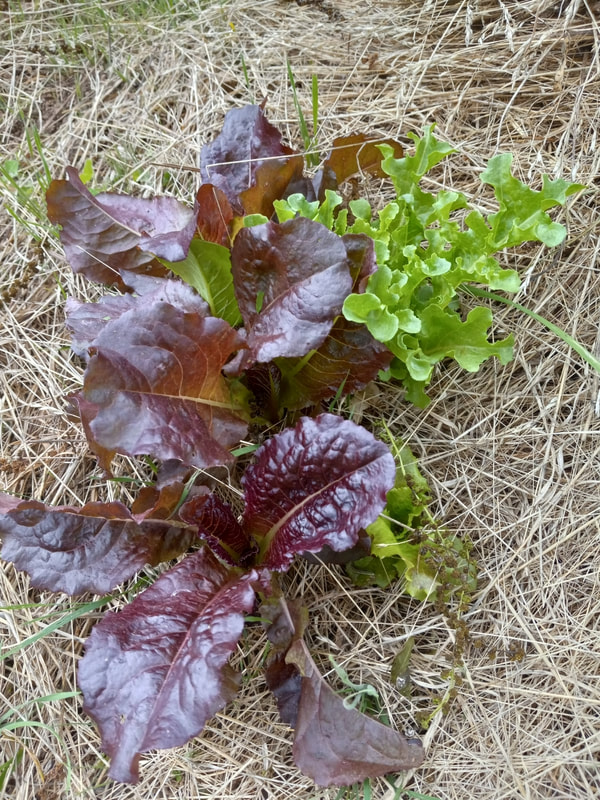 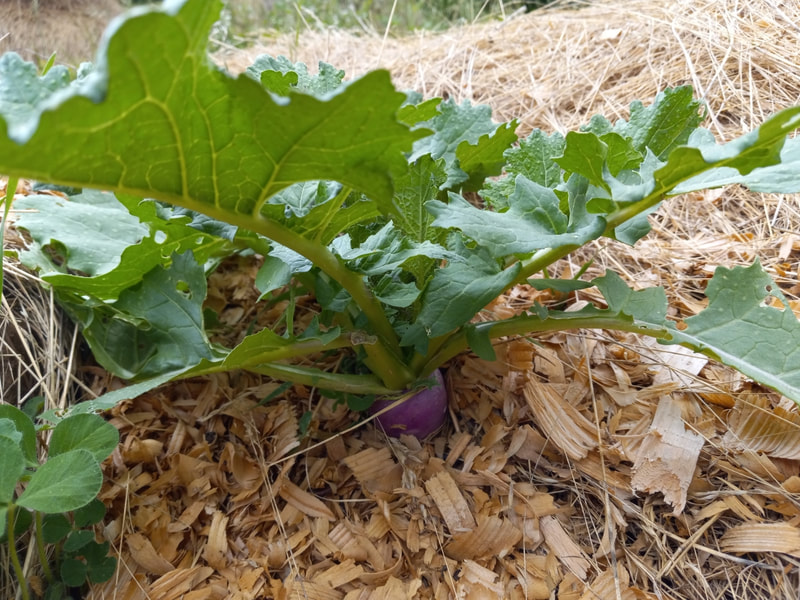 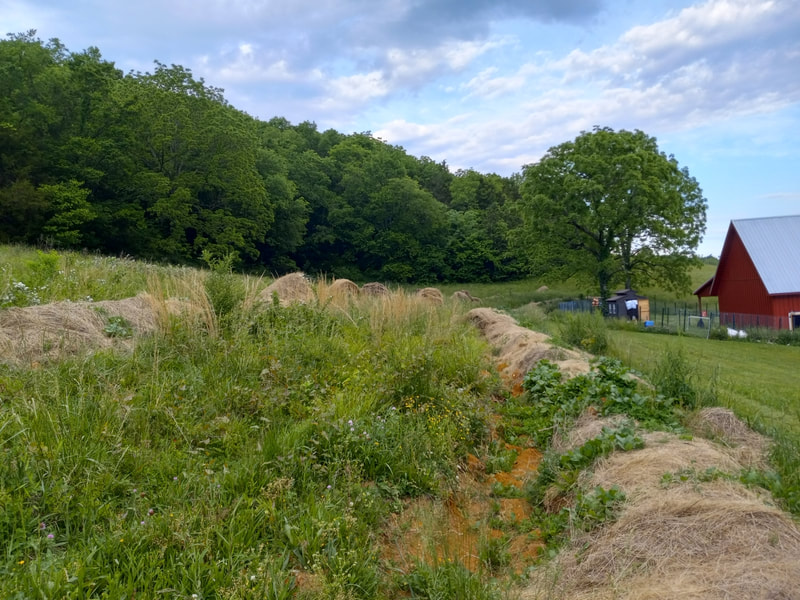 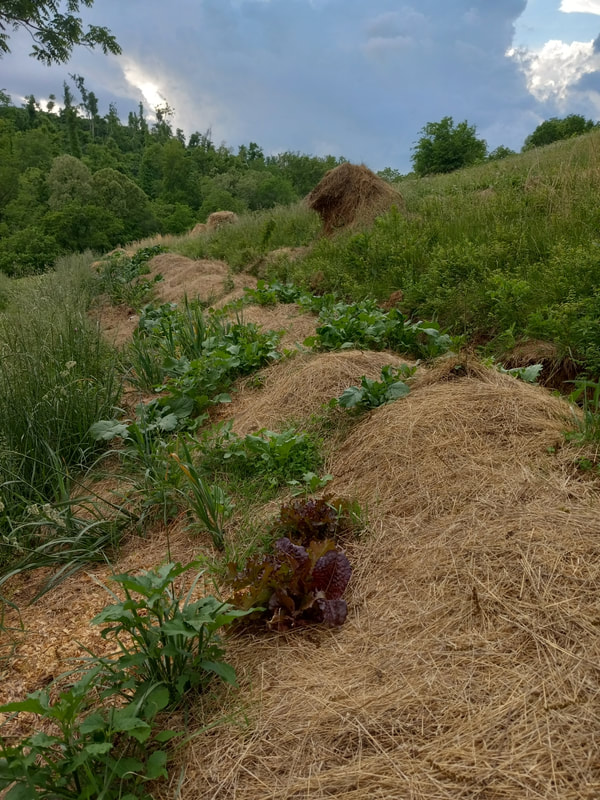 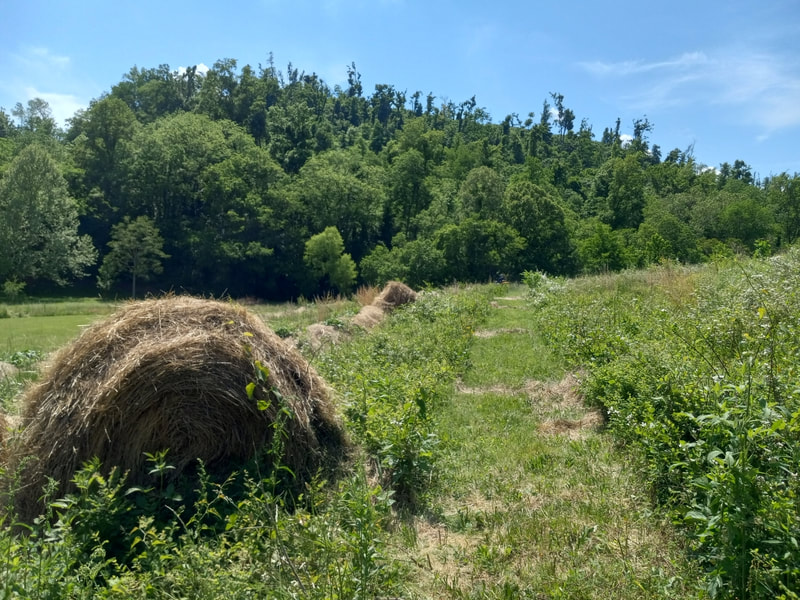 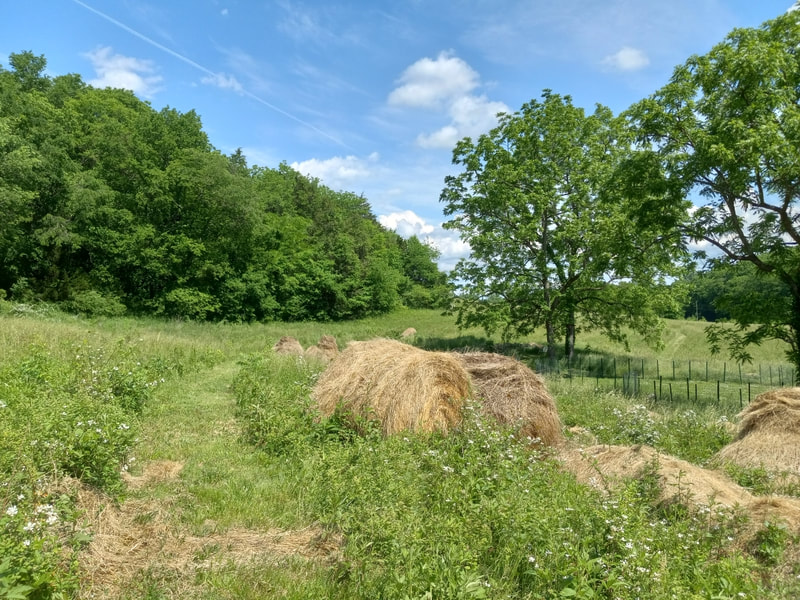 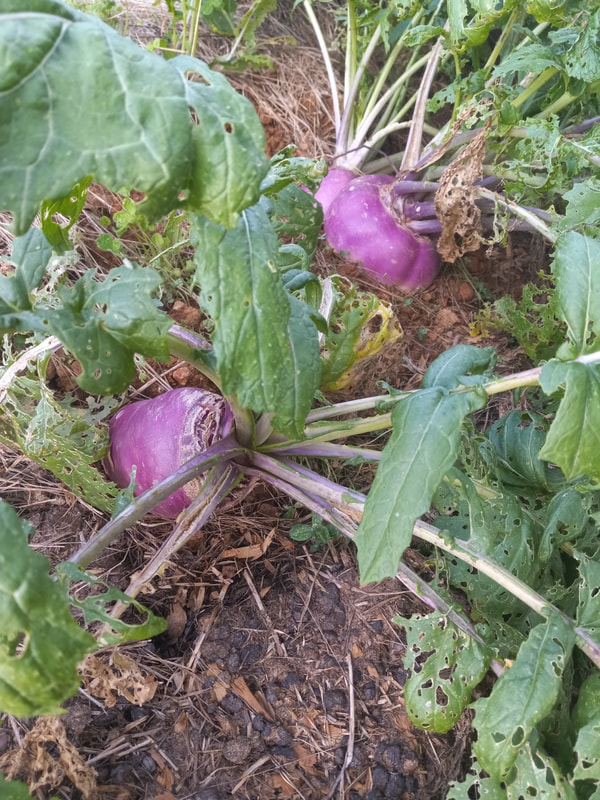 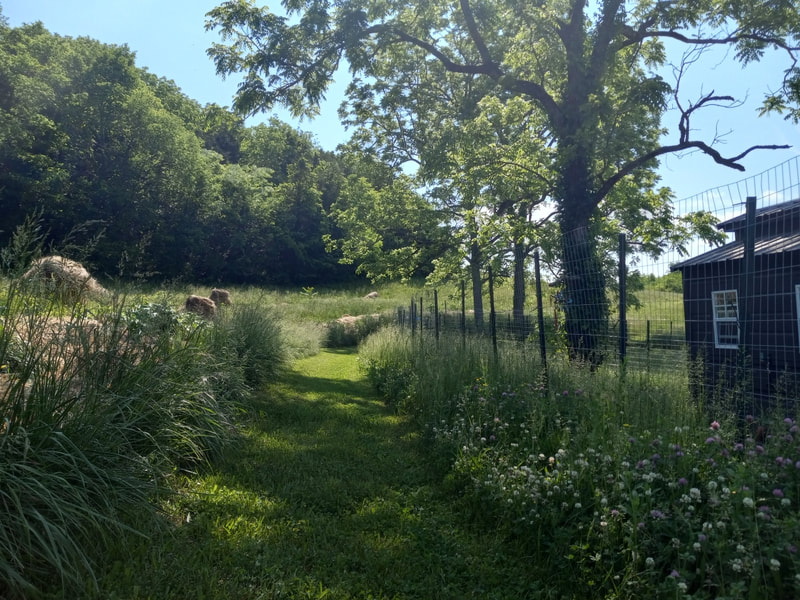 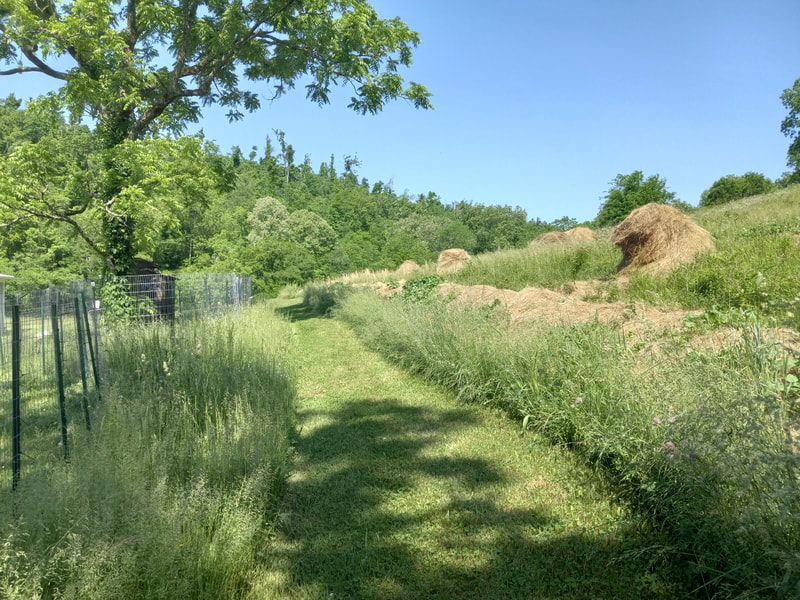 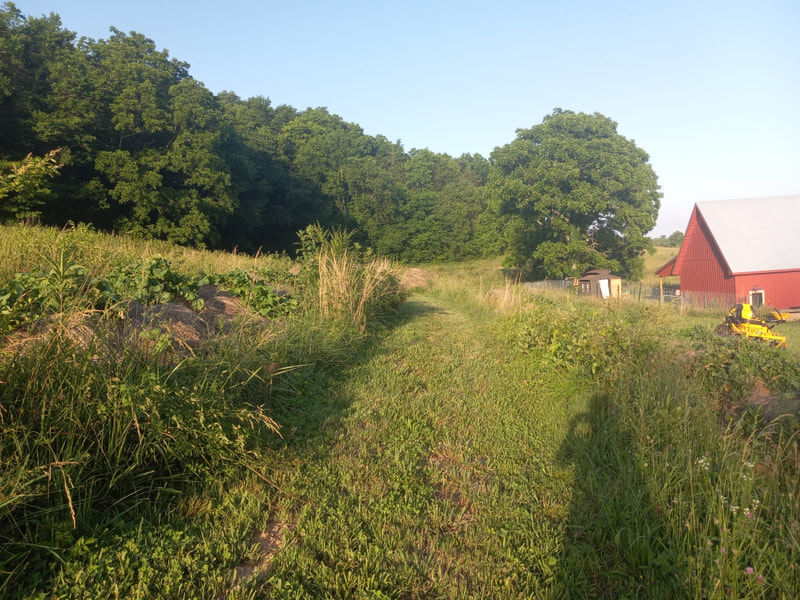 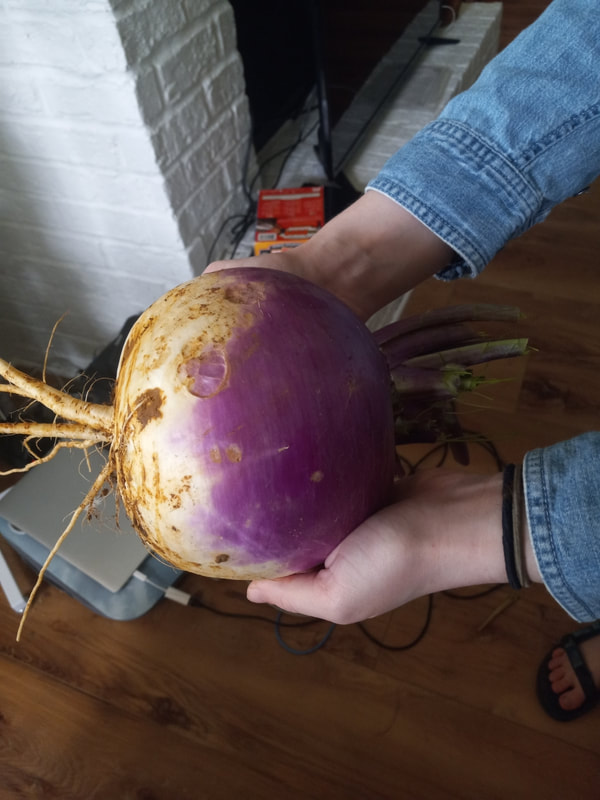 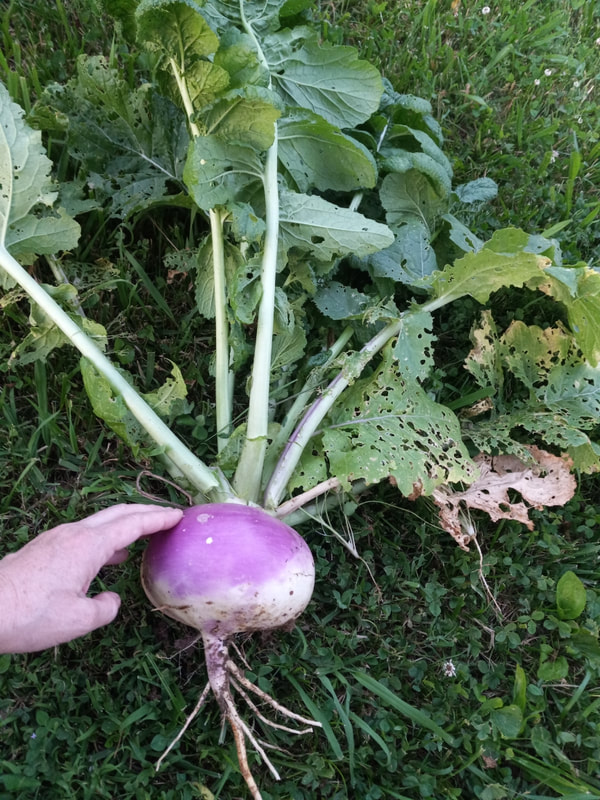 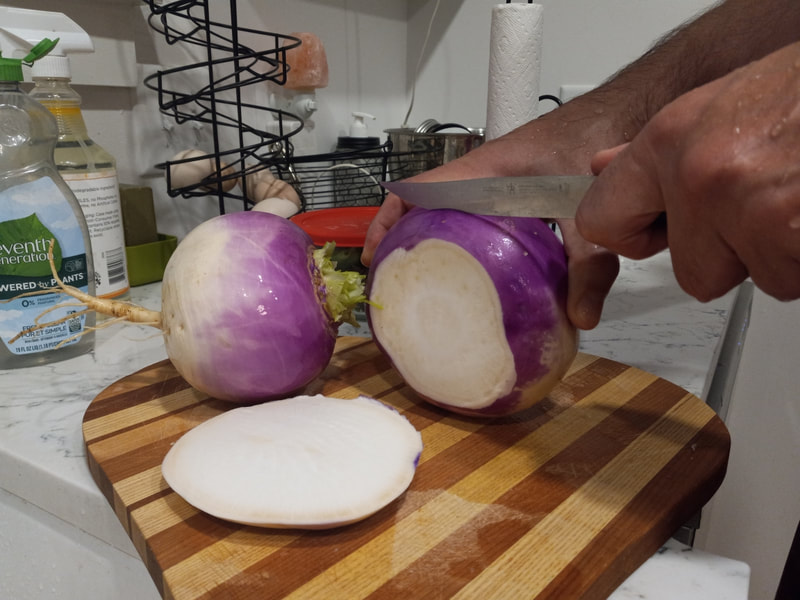 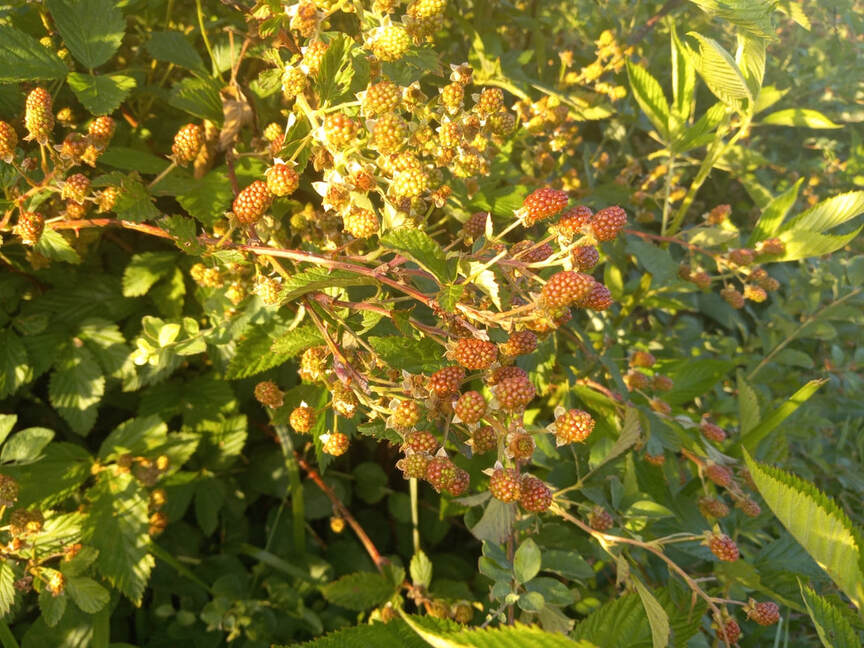 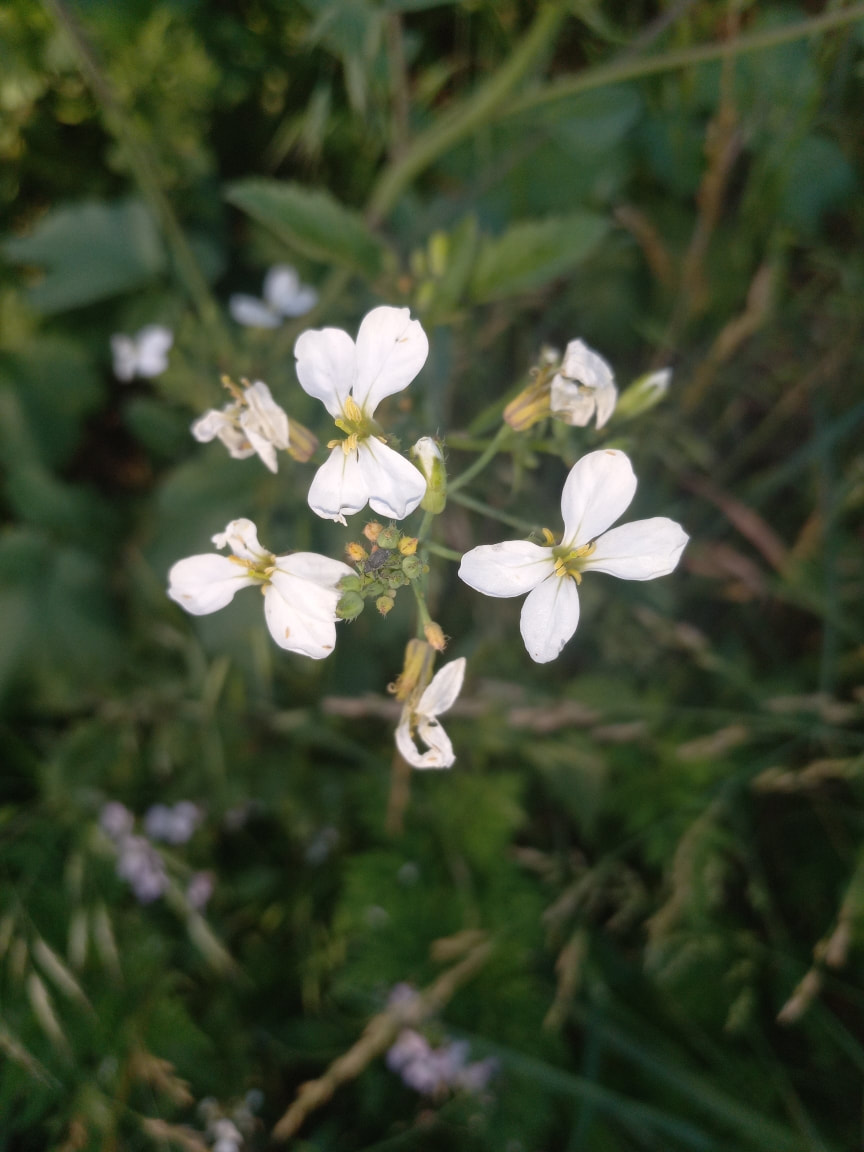 Our experience with our first permaculture consultant down here in TN has been a wreck from the get-go sadly. We are at a loss as we have a real mess on our hands with a project that was started and never completed. To make matters worse, our consultant decided to place ALL of his promised nursery plants (dozens and dozens) that had been an integral part of his custom design in other locations "where they would have a better opportunity at a long productive life".  We were so excited to be down here in TN and do such a cool project. I am speechless and it is most certainly a huge disappointment and setback. At this point, we are praying we can find other folks who can help us move forward and get our vision implemented. I feel confident that God will provide as He always has. 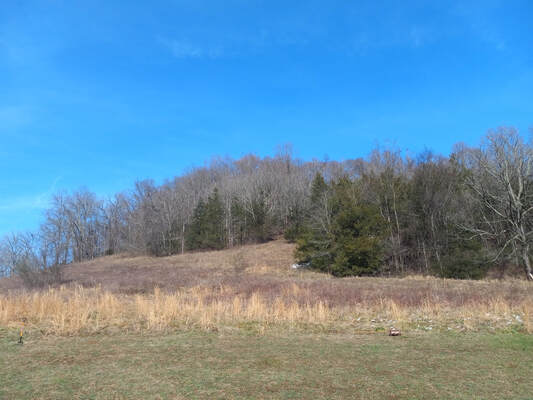 ​In December of 2021, we began to think about our overall plan for growing, and are hoping to address two things with the creation of these two initial 500ft swales on contour. First is water catchment as we definitely have an ongoing water issue due to being on the downside of a ridge. The purpose of the swales is not only catchment, but also the important storage of water. It is always important to keep water on your property, putting it to good use where it needs to be!  We brought in 12 large rolls of non-treated hay to cover the swales and newly planted cover crop seeds until it is time to till the terraces and do the plantings by mid April at the latest.

We planted lots of varieties of salad greens near the black walnuts, and seeded in clover going all the way down to protect and also build up soil nutrients. Also, our copious amounts of goat, chicken and even some rabbit manure helps to build rich, fertile soils. On the swales we will be planting lots of varieties of fruit and nut trees, alongside various herbs and seasonal vegetables that Timothy has been collecting for us. Fruits such as peaches, plums, pears, apples, mulberries, pawpaw, persimmon with understory layering of various varieties of currents, gooseberries, honeyberries, medicinal and culinary herbs, various vegetables, and companion plants like yarrow, comfrey, borage, mullein, bee balm and false indigo that fix nitrogen, bring pollinators, attract beneficial insects, provide a "chop and drop mulching system", and deter pests.

The pathways on the terraces will be built up with wood chips and hay, which will provide a great ongoing mulching system that builds the soil life and health. The wood chips will be inoculated with King Stropharia (wine cap mushroom) spawn in the paths that will become wonderful edibles that support a strong immune system, and the mycelium will spawn as long as there is matter to consume - hence the wood chips. All of these systems will slowly join over time to form a very biodiverse food forest terrace system. We can't wait for what's next!